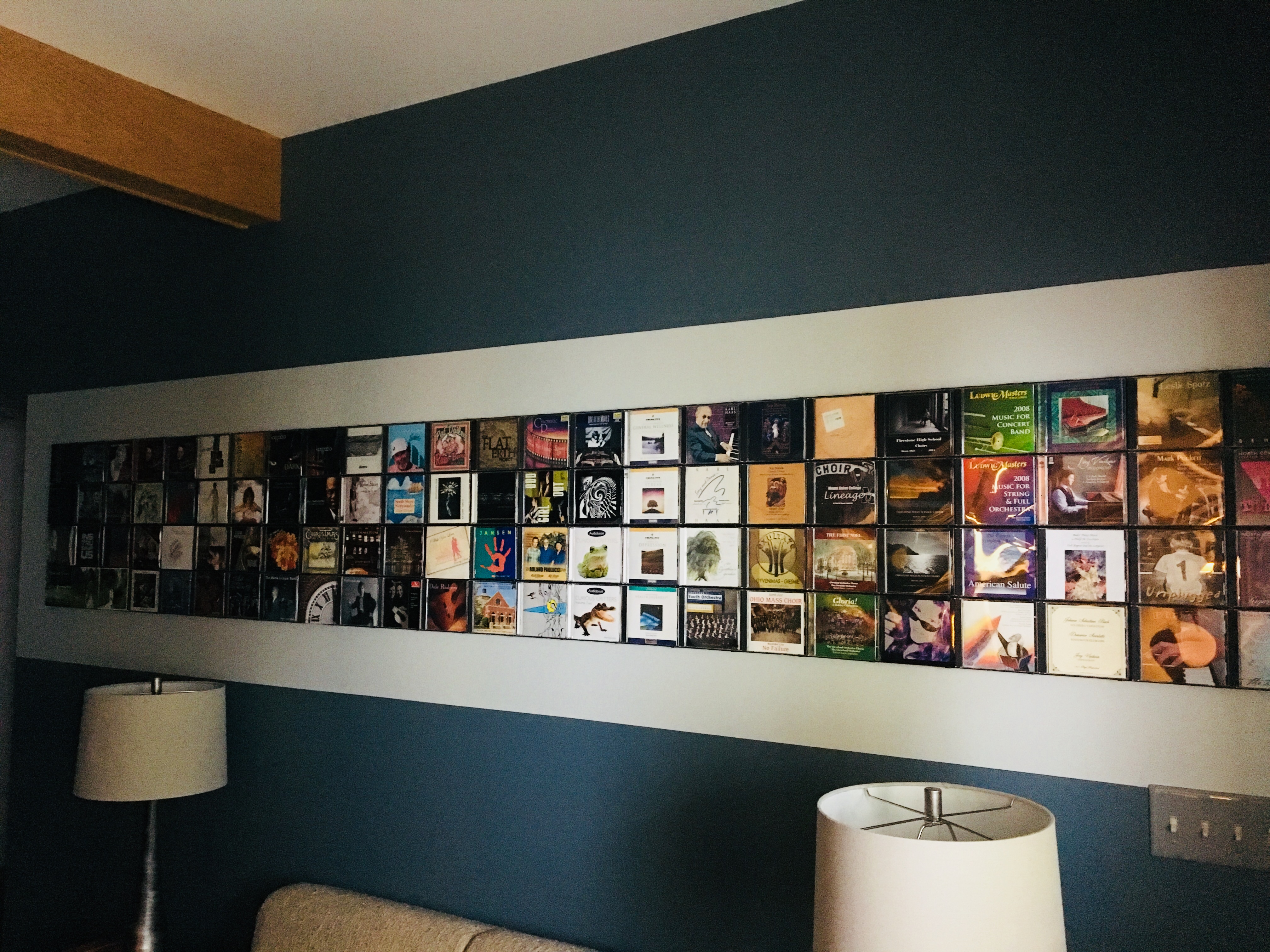 Audio Recording Studio’s origin was in downtown Cleveland in the late 1950s, recording a variety of genres. From the next 30 years, they were on Rockwell Avenue hosting Polka and rock bands and writing creative jingles for advertising agencies. In 1977 — straight from Mt. Union University with a degree in music — Bruce began his career learning about mic hangs, orchestra work, mixing, and editing. When his mentor, Vlad Maleckar, retired in 1986, Bruce took over as audio supervisor for The Cleveland Orchestra broadcasting service, a position he maintained until 2018.

In 1990, Bruce launched a search for a more suitable studio space and custom built a state-of-the-art studio in Bentleyville, Ohio.

One element of the new studio was the acquisition of an exquisite 1897 Steinway C which was then refurbished. The Steinway draws many pianists to the studio with its beautiful sound.

Over the years, Bruce has had the privilege of recording The Cleveland Orchestra at Severance Hall, its summer home at Blossom Music Center, and in residency at Knight Concert Hall in Miami from 2006-2017. Audio Recording Studio specializes in acoustic recording and also has extensive experience in Spoken Word, Orchestral, Chamber, Choral, Jazz, Solo, and Ensemble music. Today we have local, national, and international clients. We record solos to ensembles to full chorus on location or in the studio.

Our studio has been designed and built to enhance your recording. Acoustic treatments such as floating floors, shock mount hung walls, and moveable partitions help get the sound you need without unwanted artifacts.

You choose the venue right for your music, and we ensure you will sound your best! The next step is to meet in the studio and mix it.

Our Control Room is a comfy place to mix and edit your project. We have a selection of studio monitors and headphones available so you’ll know how your mixes translate on different playback systems.

Stay tuned for updates on what we've been doing to keep busy during this crazy pandemic year. Jack Sutte had… Read More

The past year (since I retired from The Cleveland Orchestra) has been busy! We began recording the Cleveland Chamber Choir,… Read More

Live Recording at the Beachland Ballroom 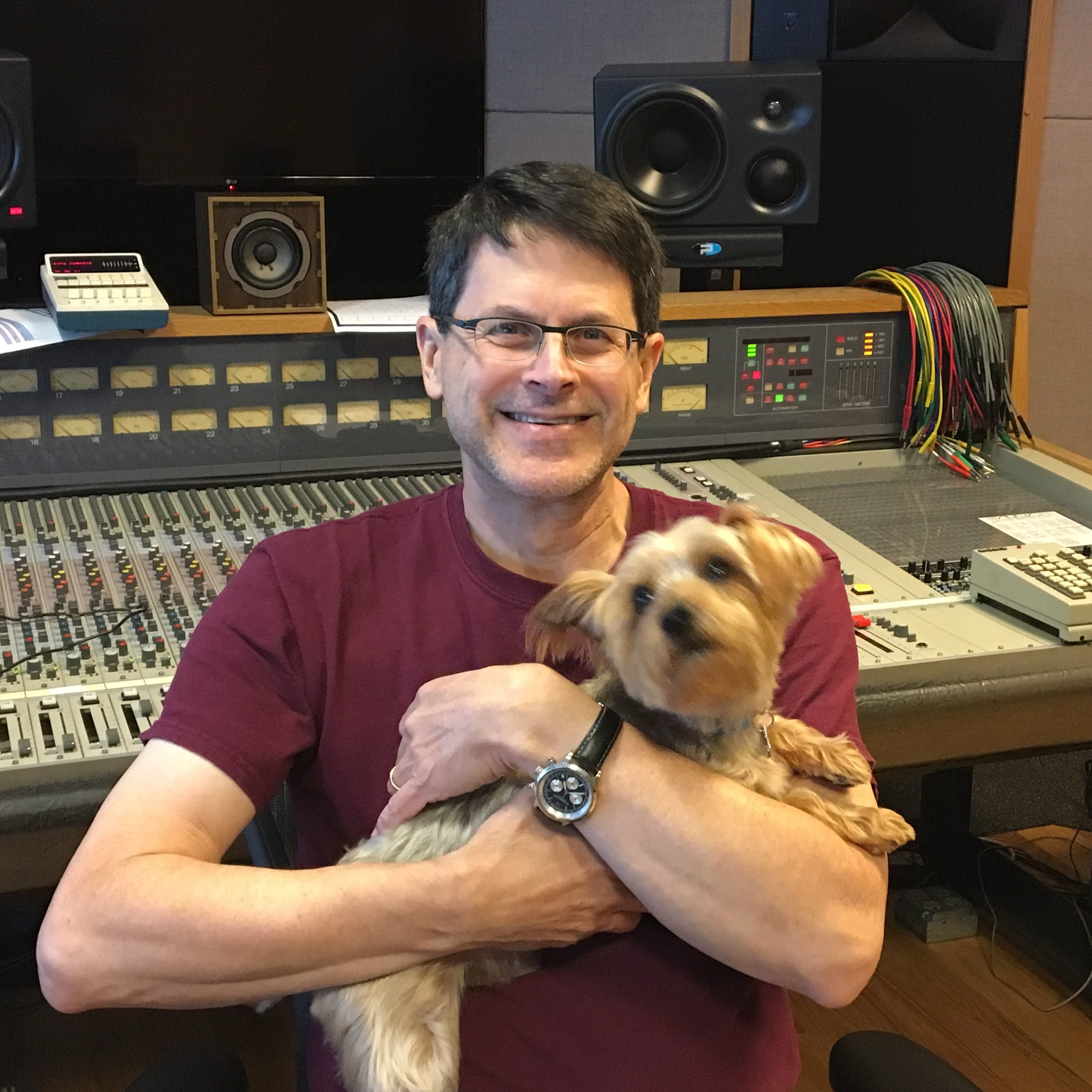 In 1977 — straight from Mt. Union University with a degree in music — Bruce began his career learning about mic hangs, orchestra work, mixing, and editing. When his mentor, Vlad Maleckar, retired in 1986, Bruce took over as audio supervisor for The Cleveland Orchestra broadcasting service, a position he maintained until 2018.

Over the years, Bruce has had the privilege of recording The Cleveland Orchestra at Severance Hall, its summer home at Blossom Music Center, and in residency at Knight Concert Hall in Miami from 2006-2017. 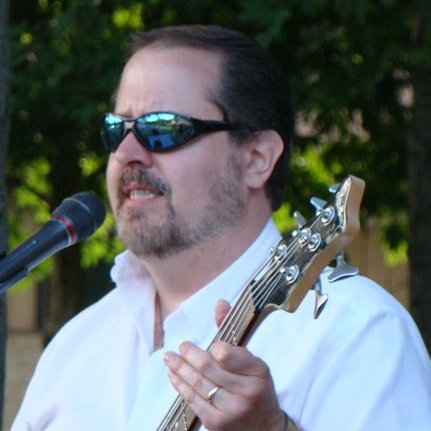 Reed Wheeler is a 1986 graduate from Indiana University's School of Music, majoring in Recording Arts and Sciences. He continually works in studio and on remotes. Reed has engineered recordings of all genres. Reed has provided voice-overs for various recording projects and plays guitar, bass, and sings. 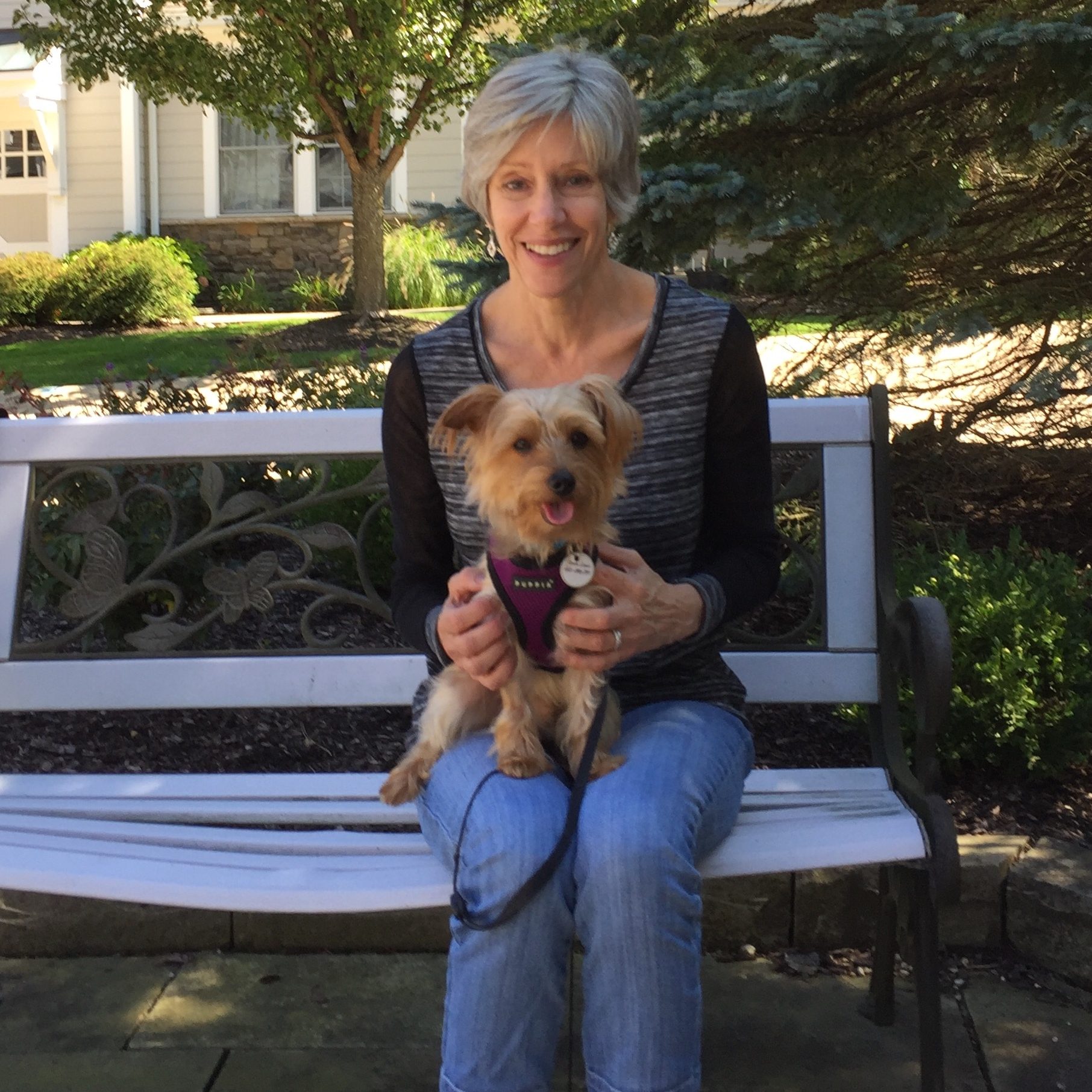 Often seen in the studio are Bruce's wife, Trina, and Bentley, the Audio “mascot." Bentley joined us as a rescue in September 2017. Born in 2013, Bentley ages with the studio. NOTE: Bentley will say hello if you like but not remain during studio time. 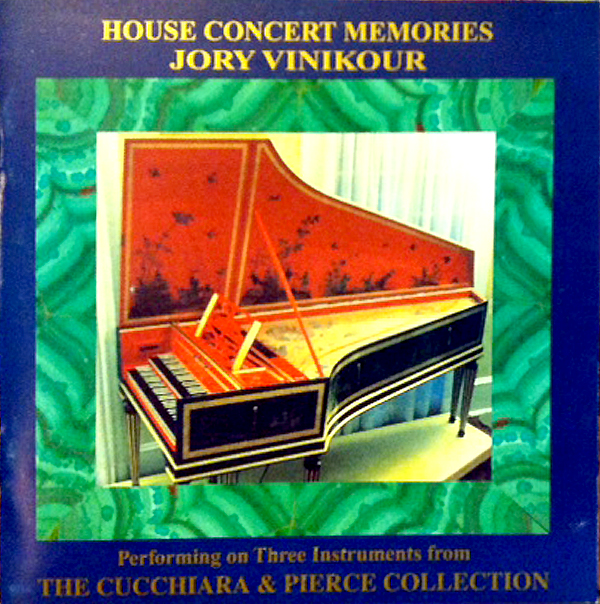 "When it comes to sound, I am an extreme perfectionist. Working with Bruce is a pleasure, as he too is just as much of a perfectionist as I am. Great attention to every little detail. Bruce discerns even the smallest nuance; the level of sound perfection he strives for is achieved in the highest quality.

"As a choral arts educator, I feel it is very important for all ensembles to professionally record on an annual basis. However, nothing compares to the human element behind that equipment. The engineers are supremely knowledgeable  of choral music. They are sensitive to the positioning of voices, balance with instruments and they easily adapt to any recording venue of the director's choice.  The monetary investment is well worth the total experience and final product."

"Bruce, without a doubt recording my CD ‘One Dream’ at your studio is one of the best recording experiences I have ever had. I visited many studios looking for the right ingredients and I found them all at Audio Recording. It's a clean, efficient, spacious studio and a lovely environment to work in. Bruce has the patience of a saint. And -- he can read a score!

Most importantly, his enthusiasm towards projects, encouragement and constructive criticisms resulted in some of the best singing I’ve ever done." 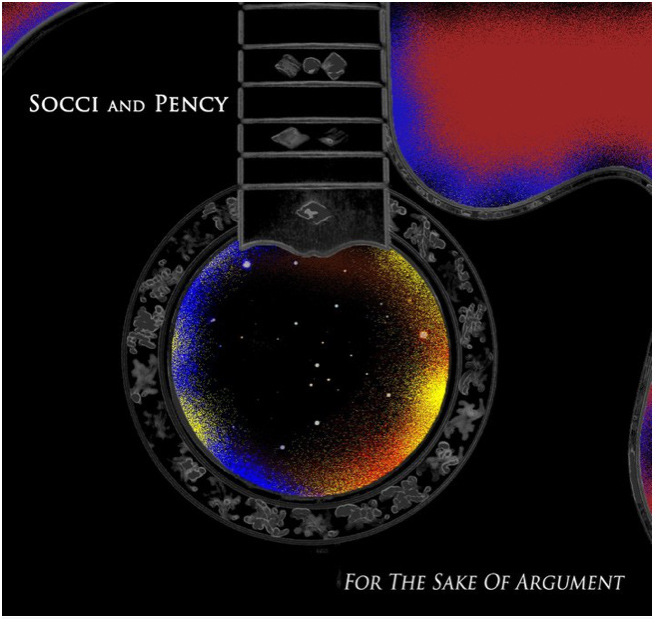 "Bruce Gigax is an extremely talented recording engineer and has been vital in bringing our multiple acoustic guitar instrumental projects to fruition. Through meticulous editing, mixing and mastering, he brought out the best in our compositions. Bruce clearly has a keen ear for music, and he has provided top-quality sound for our style." 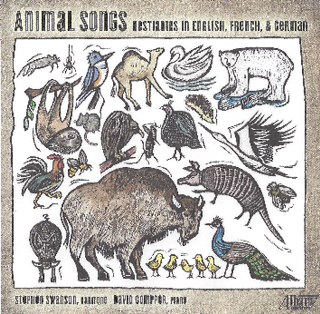 "I searched long and hard to find a place to record. I needed a studio with state-of-the-art equipment, a well-maintained and responsive piano, and a recording engineer who could read and edit complex scores.

Bruce Gigax offered me everything I sought and at a very reasonable price."

"Working with Bruce Gigax and his team at Audio Recording over the past 28 years has been more than just a wonderful experience for me and my company. They accommodate our scheduling anomalies; continually upgrade equipment and techniques; and always deliver the very best product possible.

I can comfortably say that for my genre - spoken word meditation with music - there is no better studio for recording, editing, mixing and delivering the most beautiful sound possible." 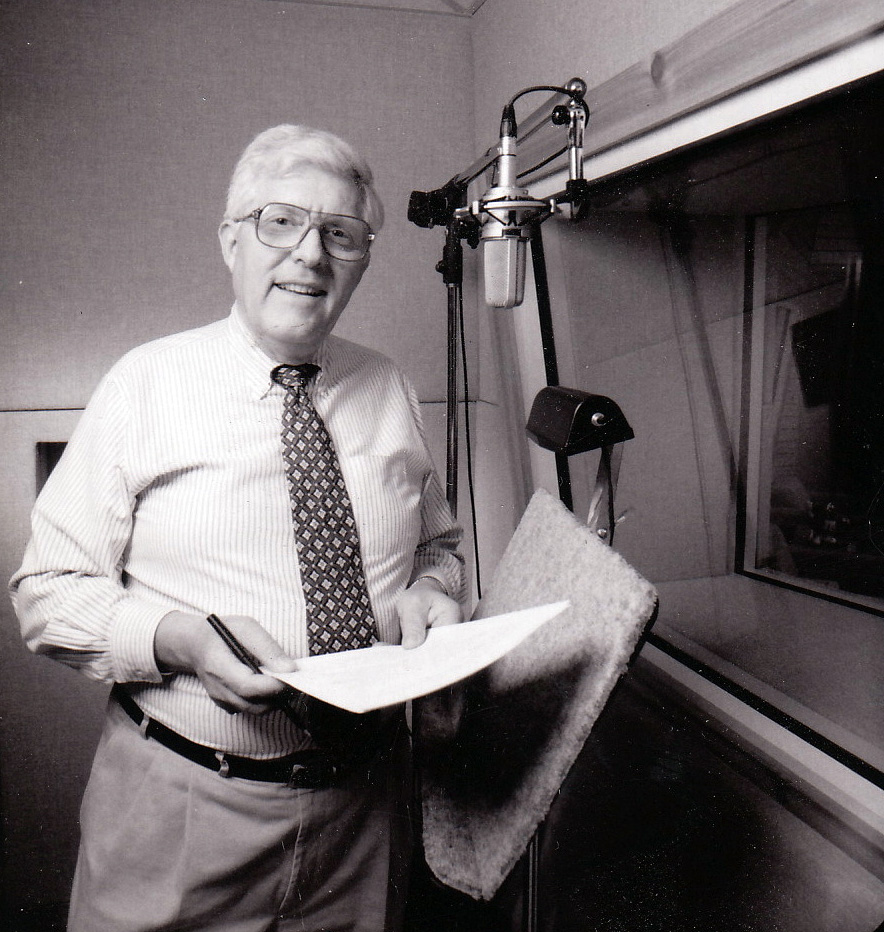 "WCLV, Cleveland's 50+ year old classical radio station, has worked with Audio Recording on The Cleveland Orchestra radio broadcasts since 1965. Bruce Gigax has recorded the Orchestra for broadcast for 40 years.

The results have been lauded by stations around the world, by respected audio professionals, by the musicians of the Orchestra and by listeners.  WCLV is proud of our decades-long association with Bruce Gigax, Reed Wheeler and Audio Recording." 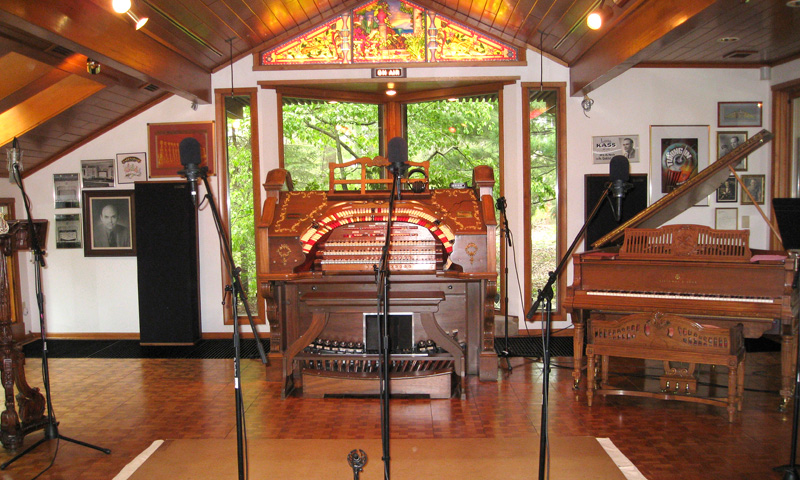 "When it comes to perfection in audio recording, Bruce Gigax is in a class by himself. Not only does he bring a wealth of experience of audio technology to his craft, but also a keen sense of music since he is a trained, college-educated musician.

He is patient, meticulous about achieving the proper balance of a large ensemble, and tackles each task with perseverance that drives him to create the very best product for the listener. In my opinion, he is simply the best."

"Any artist fortunate enough to work with Bruce Gigax has the huge advantage of his wealth of experience, including his many years in Cleveland’s Severance Hall preparing concerts of The Cleveland Orchestra for radio broadcast.

It is always a comfort to know that Bruce is at work on the other side of the glass. He brings his keen musical judgment and discriminating ear to every project."

"I have had the pleasure of recording 5 projects at Audio Recording: Without exception, every one of these projects went smoothly.

Great care was taken in every aspect of the process – making the musicians feel comfortable and ensuring everyone could hear what they needed to hear. The facilities and the people at Audio are first rate. It is my studio of choice."

"Bruce Gigax and I have been musical associates for at least 30 years. I have had dozens of recording sessions with him at Audio Recording.

Everything about Bruce (and his studio) is first class. He misses nothing and has extremely exacting standards, which have been honed through years and years of associating with the finest musicians and the finest repertoire. Why would I fly to New York when Audio Recording is 7 minutes from my house, reasonably priced, and I get to work with Bruce?"

"Bruce Gigax at Audio Recordings is an invaluable resource. His acute ear for music and sounds is very evident as I read my scripts, which is the narration for my DVDs. Equally important, he has the creativity to select and add the perfect music for various sections of my DVDs.

I have worked with Bruce for over twenty-five years and cannot praise him enough for his exceptional and outstanding work. Unequivocally he has my highest recommendation."

"Well, if it were not for you, we would have not received such fabulous accolades from Daniel Gawthrop. Enjoy and ‘Thanks for making me look so good!" 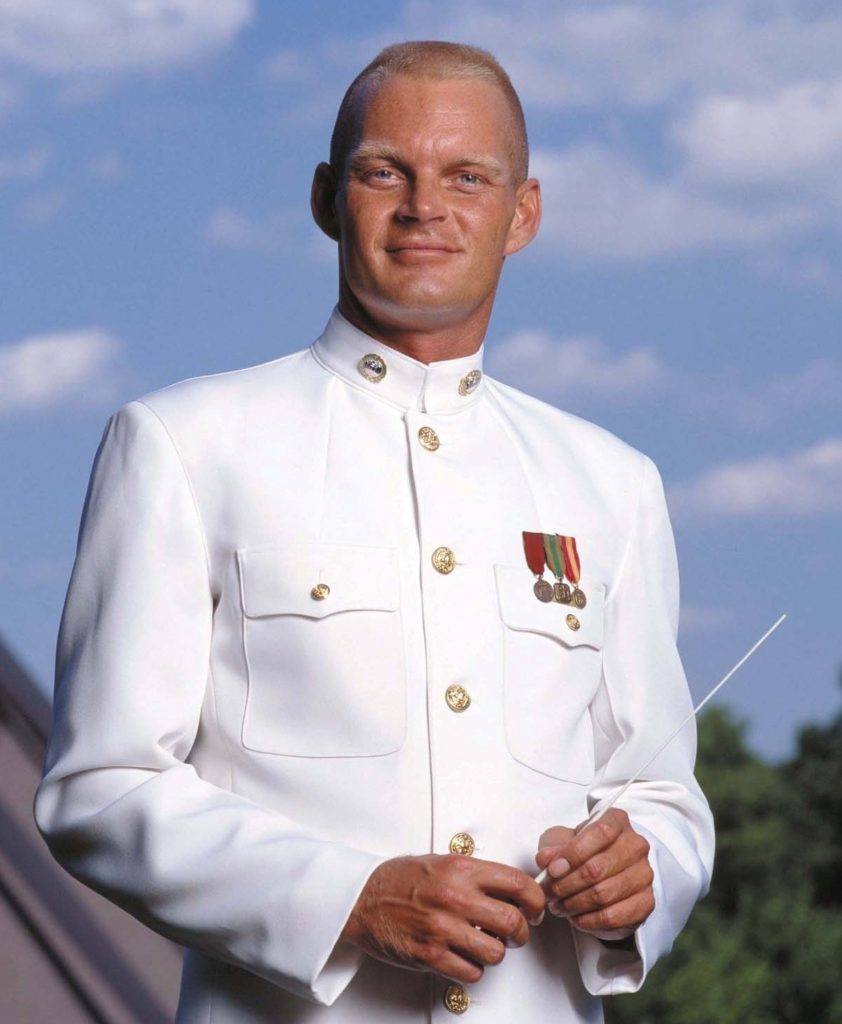 professional musician, conductor, arranger and senior musicologist at the Library of Congress